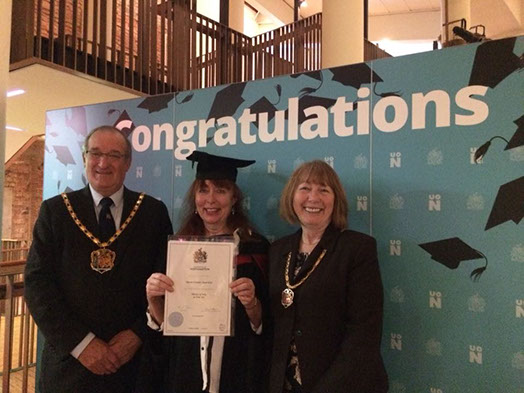 Land Art, the landscape, derelict buildings, ancient and folly ruins have been a subjective theme of inspiration.  I have used the notion of Romantic ruins, the picturesque and the sublime, as a means of historical reference.   I have then transformed similar notions, concepts and ideas through to contemporary exploration, development and study with reference to Romantic artists: John Constable (1776 – 1837) for his depiction of early Romantic ruins, and J.M.W. Turner (1775 – 1851) and Casper David Friedrich (1774 – 1840), for their notions of the sublime and the picturesque.

Metaphorically architectural ruins may be representational of Time passing, as a reflection and retrospection of a process of ageing, both of the social and the human condition.  My aim is to demonstrate the inseparable relationship between architecture and nature.  With introspective imagination and retrospection, I have reconstructed facets of a ‘derelict building’, within the ‘studio space’ practise environment.  This process was originally inspired by the work of installation artist: Gordon Matta-Clark (1943 – 1978), as he exhibited facets of derelict buildings into gallery spaces.  The twin artists Jane and Louise Wilson I have found inspirational with their studies of dereliction, namely a body of work entitled:  Face Scripting: What Did the Building See? Depicting uncontrollable eventualities in society such as entropy:  ie. The abandoned new town of Chernobyl, Ukraine and the aftermath of the nuclear power plant devastation.  The processes affecting the transformative inevitability of change within the urban landscape: degradation, decay and irreversibility: entropy.  Conditions of dereliction may be caused by other reasons such as economic deprivation.

As a means of establishing a holistic and contemporary overview, I have used both traditional and contemporary processes, such as drawing and painting, digital photography, digital film, and laser cutting from MDF boards.  The digital film, as a canvas back-drop to the ‘derelict building, represents element viewing of the vastness of sky and changing seasons and weather conditions beyond, in a time-lapse fashion and on a loop.  This concept has been inspired by the American sculptor: James Turrel (b. 1943), and his Skyspaces, portraying an artistic exploration of light, space and the sublime.  I also display the forceful presents of nature reclaiming the landscape in a symbolic way, through carefully placing Ivy overgrowth on the ‘derelict buildings’. 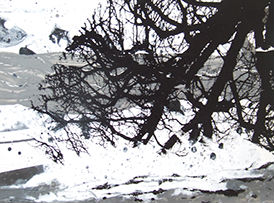 Sites of Time In Relation to Three Visual Artists